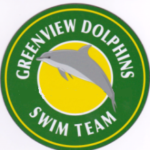 Coach McIntosh has been part of coaching the Greenview swim team since 1977. He grew up swimming in Drew Park outdoor swimming pool where he was on the swim team and worked as a lifeguard. Stanley was a member of South Carolina State Aquadogs swim team. Coach Stanley is currently a Lifeguard Instructor, Water Safety Instructor, Certified Pool Operator with MWR Fort Jackson Aquatic and serves as a Deacon of his church.

Coach Young is an Allen University graduate and has coached with the Greenview Dolphins since 1994. Jerry’s leadership and teamwork abilities allowed him to excel in college basketball where he was voted MVP 3 of his 4 years. He was also selected to the NAIA District 6 All-Star game his freshman and junior years. Jerry has coached youth basketball, from 1992 to 2008, with his team winning the State Championship in 2004. Coach Jerry is a Lifeguard Instructor, Swim Instructor, with MWR, Fort Jackson Aquatic and is an Activity Therapist with SCDMH.